Above is Daniel at 4 years old. Maturing nicely. 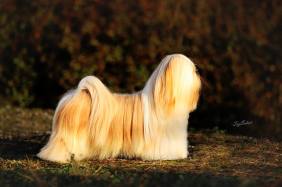 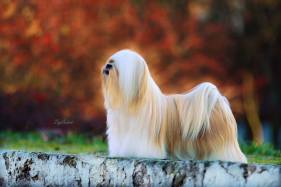 Above – Daniel at 15 months, pictured by Tereza Šubertová
Bellow – some of his nice wins from 2017.

Above is a video of Daniel, 20 months old, winning Best Male at the Austrian Tibetan Breed Specialty 2017.

Daniel is our pick boy from a very special “D litter”. The litter was produced out of a frozen semen from a wonderful and very classical lhasa male Ch. Scheel´s Top Priority. His dam is our beautiful Bailee. 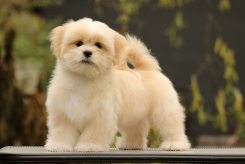 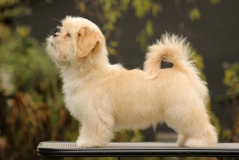 We love Daniel since he was a very small baby. His temperament is wonderful and he loves all the ladies at home. He resembles his sire in so many ways, which could not make us prouder.

Daniel has started his show career with a bang. He went on BISS Junior at a Tibetan Club Specialty in Slovakia and took Best Junior three times to finish his Junior Champion title. The first time shown in intermediate class a day after his 15months old date, he took BOB with CACIB at International show in Nitra under Mr. Laurent Heinesche. Daniel also finished his first adult Champion title at just 16 month old, becoming a Champion of Hungary! Fantastic start. He finished some more titles his first year as an adult and we look forard to what the future holds for him. 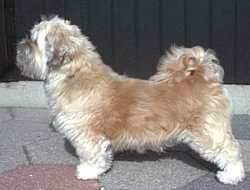