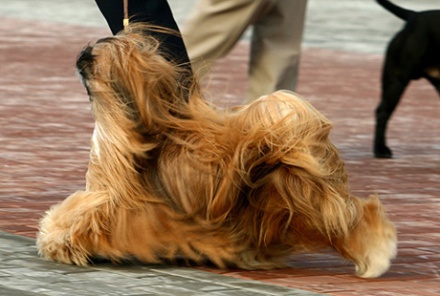 We had a pleasure of having Gideon visiting us for two years from 2011. He was a magnificent dog, full of qualities and amazing temperament. He is the sire of our first litter. Gideon is still shown in the USA by Robert Alexander. 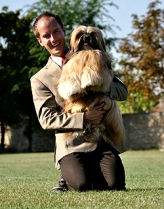 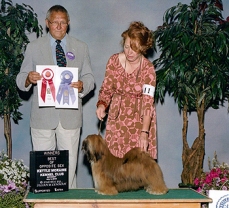 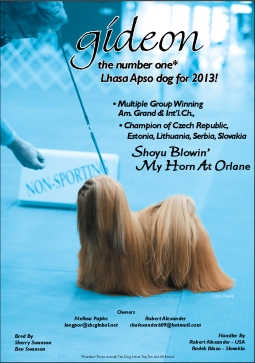 Gideon´s sire is the famous Ch. Showa Fantastic With Pantulf, a.k.a. Matthew. He was Number 1 Lhasa in the US 2006, 2007, twice BOB at The Westminster Dog Show (2007, 2008), twice BOB winner at the Eukanuba Invitational, Winner of the SBIS at the American Lhasa Apso National Specialty 2006 and has a numerous BISs on his account. He is a son of USA Ch. Orlane´s Cousteau, a beautiful male sent to England by his breeders to continue breeding with the offsprings from the Intrepid lines. 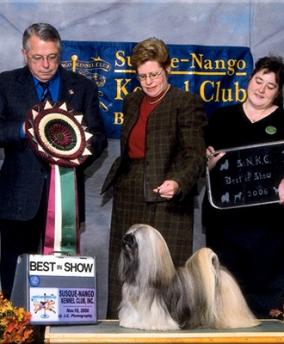 Ir. Am. Ch. Showa Fantastic With Pantulf and BIS

Gideons dam, Ch. Shoyu Just Peachy is bred by Shoyu Kennel. Her pedigree goes purely back to the Abbotsford dogs in Canada and through them to the old English lines. These dogs are legendary in the lhasa world and highly thought of among breeders all around the world. Their qualities sure prooved themselves well in the US breedings as well.